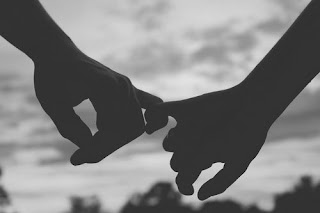 The first time when I saw him,
His eyes pierced my wriggling soul,
As if I was his very goal.

And the touch of his hand,
It was the melting snow on a winter morning,
Cold but warm.

Whenever he breathed out, his fragrance
Clung to my radiance.
A fragrance, I now smell, feeling him near me.
Beside me. Like it had happened on that cold wintry day.
When we walked together till the skies turned grey.

But little did I know that his touch would become a smoke,
Escaping from my soul, making my skin choke.
And the holes that he fabricated in my wriggling soul
Would soon start aching.
Creating the cracks; forcing it into breaking.

I believed his eyes, and the melting snow,
But little did I know that even the eyes can lie,
Eventually making the heart cry.

And now I sit, in between the four walls,
Unable to walk and only crawl.
The heart stings with pain,
Invisible and vain.
Nobody knows the agony,
Questioning the extent of my sanity,

But now I know, that this is just a state,
And soon it will pass away.

Each day the night fell upon him, engulfing him, calling him out with a loud shriek. And each night he would surrender himself to the sumptuous hours of darkness with a post in his hand, strong as the darkest hours and a thin muffler swaddled around his thin lips covering his long curled moustaches.
"Darkness." He would whisper every time, trying to let go of the fear in his heart.
The word was like a muse for his power and strength, with which he walked the streets lit by the streetlights trying to keep up to his duty.
Daily he would walk silently, pounding the post till 3:35 AM. Although he made no sound it was his mind that raged with a fire of thoughts, burning regularly. And it was those thoughts that kept him going throughout the hours of darkness.
Thoughts of getting his wage at the end of the month and watch his family smile out of destitution. A conviction of running away from the night someday in order to work in the daylight, letting the bright rays of the Sun pierce through the pores of his skin.
While his mind was a battlefield, each night, he tried acquainting himself with the Darkness with a belief of surviving it someday. He tried talking to her, blew into her ears, told her stories that he borrowed from his childhood, touched her face - peering into her eyes, touching her lips. But nothing worked. It continued to scare him, constantly. His efforts - all in vain. 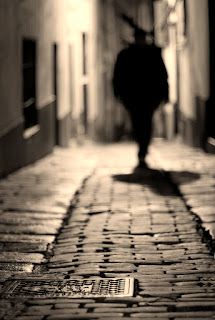 But that night, things were different.
He came out letting out huge steps. He walked with a bounce while he had the same post in his same sulky hands.
That night the moment he stepped out and started walking, he didn't strike the wooden post, instead he first glanced at the muffin like clouds stitched to the clear sky and smiled.
Maybe it was his new strategy of acquainting himself with the night. And thus, after he did as if it were a ceremonial activity, he started pounding his post.
While his hands and post did its work, his eyes twinkled the stars he delightfully gazed at.
He then searched for the Moon waiting for the clouds to move.
"Voila." He cried softly and a tear fell from his eyes the moment he located the Moon. He wanted no more to work in the daylight. He was already in love with the night and the night couldn't love him less.
It was then he realized that it was not only the night that demanded his love but the treasures that she owned and daily carried with her, that needed him.
That morning he went his home and told his kids the story, borrowed from the night.
Posted by Unknown at 03:12 2 comments: 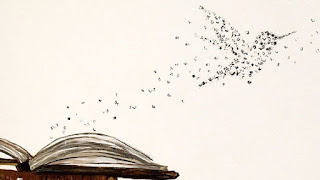 I wonder how words can pierce
the core of our hearts.
Maybe it is these hollow words which
resonate with the hollow heart.

Each day, each night the ocean grows deeper
The emptiness is scratched and dug,
With bogus oaths leaving us in an appalling dusk.

Is it easier said than done?
Then why do I find saying, the most difficult?
Maybe it is this murk that turns people into a cynical.

It is only action that can heal
As for the words- they break,
Raping us, of all our zeal.

It is all pretense and lies in a misty guise,
As the words know no wisdom,
It is the meaning that does.
They are empty; they are worthless.
Exactly like the sound of 'word' itself,
Lacking in firmness.
Posted by Unknown at 00:32 2 comments: 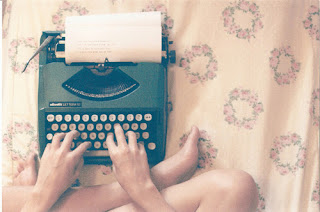 What I write is the pain I endure,
With each trickling tear it is my soul that gets torn.

People read the syllables I write,
Each day and each night which is not so bright.

Nobody knows that all I want is for them to feel the pain,
That I have endured time and again.


But maybe, it is not the pain.
It is just a cathartic experience that I gain,
After each word is spilled onto some paper that is plain.

Therefore, I hope to exist in what I write,
So that I can feel the catharsis and then look at the sky.
Wishing to write this prodigious world,
With each word that I have ever loved. 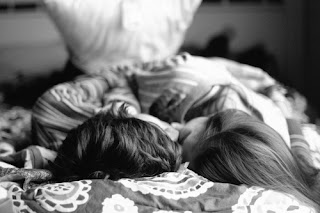 Each morning I want to wake up by your side
And feel your warm body against mine.

Then look into your hazel eyes
And brush those soft hair aside.

I want to savour the taste of your morning mouth
And sink into the demons inside your soul.

I want to align my chaos with yours
And try to bring order into the world of ours.

I wish to feel the rhythm of your heart
And want my heart to follow its path.

And then, if ever we fall part
I will have the order speak its command,
Set you free and let myself happily depart.
Posted by Unknown at 04:41 10 comments: