Santa of the Evening

It was 24th December and Santa Clause had been her all time favorite character. But now she was a grown up and she believed that Santa is for kids, so this time she decided to become one. She was a reader, a novel nerd. Someone who had nobody except the books. Each book was an individual friend of her. She believed that books can make good human beings.
She stood in front of the mirror which reflected the bookshelf behind her back and murmured "people can become humans by reading books. Nobody will break anybody's heart, nobody would lie, love will be in the air" She giggled. It was her perception of books and life mixed together. According to her, reading was magical. She thought that books can change people or maybe improve people. She chuckled while she stood and stared deep into the mirror.
"It is Santa's time. But how will I look with a white fake beard? Neaahh!! Not good. Ugly. Too ugly. I will... No ! Let me change first" she said it all to herself.
Few minutes later she again stood in front of the same mirror with her long and straight hair lying open in a red colored dress.
"Mirror mirror on the wall! Who's the Santa of us all?" She laughed and said "Me."
She got ready. She looked simple but beautiful. Simple as she just left her hair open and beautiful because she had only kohl in her eyes and Santa's dress on her elegant body.
In the evening she walked till the church with a red colored bag filled with little gifts. So SHE WAS GOING TO BE THE SANTA OF THE EVENING.
She reached the church and stood outside the gate. She went and gave gifts to children who exited the church gates. She was happy and made everybody happy too.
Few hours later she started noticing something. A little boy, whom she had given a present, came to her and gave her a present. He smiled "A return gift." She saw him in wonder and said "Santa gives gift. They don't take gifts." The little boy pointed towards his red santa cap and repeated her words. He handed her the gift forcibly and walked away waving his hand.
The girl still in shock looked at the gift, it seemed to be a book, she was able to feel it. But before that she noticed something written on the cover which read as "This is", she looked around in amusement in order to complete the sentence. She got nothing. She decided to open the gift with her thin fingers and then she discovered a book by Rhonda Byrne "The Secret." The sentence was completed; "this is The Secret."
She thought that how the boy knew that she is a reader. She missed a lot of her little santas. She kept the book inside murmuring "obviously ! I know that this is the secret. How foolish label."
She again started giving presents and then she was full off amusement when she again saw a little boy coming towards her. He gave her another book and ran. He didn't give her even a second to say anything. The wrapper had "of" written on it. She thought deeply "Of? another sentence or continuation. Ermm..! This is The Secret of?"
She unwrapped the book and discovered that it was a book by Sidney Sheldon "The Best Laid Plans".
She again framed a sentence "This is The Secret of The Best Laid Plans...?"
She was furiously charmed when she saw three more little kids coming towards her and offering her different books with wrappers of different colors. They all started shouting "Take mine", "Take this one." But her eyes spotted a book held by a boy who was six or seven years old, he was extremely quite. She took the book from his hand which had "Pick" written over it.
She uncovered the book and discovered "The Colour Purple" by Alice Walker.
So this was a mystery that was going on. It went like "This is The Secret of The Best Laid Plans. Pick The Colour Purple"
She looked for a book covered with purple color wrapper. It had "And you will be" written over it.
She became curious. Her excitement about completing a hunt touched the sky.
She again unwrapped the book and discovered "Beloved" by Toni Morrison.
She repeatedly spoke the sentence "This is The Secret of The Best Laid Plans. Pick The Colour Purple. And you will be Beloved...?"
It was 11:55 PM and she was thinking about who it can be when she glanced at a book in the hands of a little girl. It was strange that till now only little boys came up, she thought that strange things lead to strange endings. She gave a gift to the girl and took the book from her. The little girl went after giving a flying kiss,
The girl saw "To me" written on the wrapper, she uncovered the book and found Durjoy Dutta's "Till the Last Breath".
She smiled and read out loud "This is The Secret of The Best Laid Plans. Pick The Colour Purple and you will be Beloved to me Till the Last Breath."
The girl turned around, delighted, and there he stood behind her, tall, fit and bold dressed in red. A Santa Clause.
"The only clause I never studied in grammar." She murmured and ran towards him. She knew who he was.
And the church bell rang:
We wish you a Merry Christmas
We wish you a Merry Christmas
We wish you a Merry Christmas
And a Happy New Year...
Kenneth © 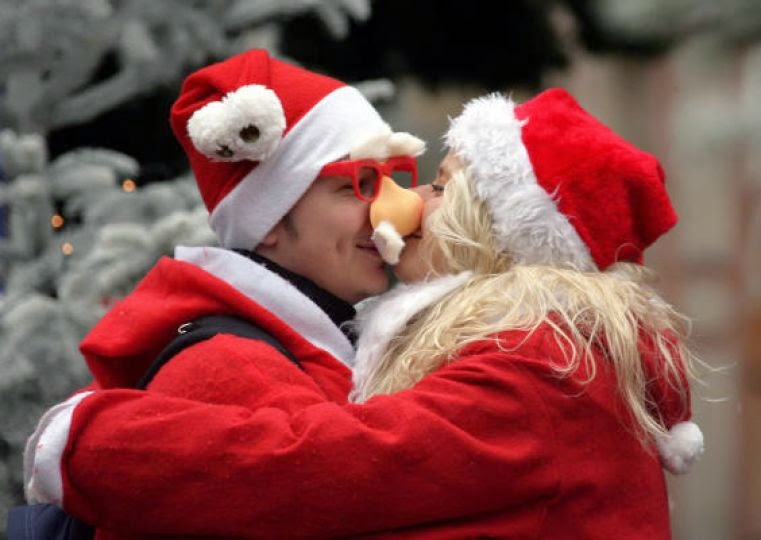 Her eyes were bright when she saw her son off to school. A smile of satisfaction guarded her lips. Satisfaction that her son will become a man, not a beast. Her son will watch over his family and his old mother. His father tucked his hands behind his back with his shoulders in form, stretched. He was proud of his son who reluctantly went to school daily and came back with good grades making his father feel that he will be a leader one day.
But who knew that those inhuman humans will crush their bones? Who knew that their haunted soul will escape and make its way towards the deity in whose name they killed those angelic souls?
The mother kept on waiting for his son, who won't come now and complain about his friend who stole his eraser. He won't tell his mother what he want for his birthday. Her ears will crave for his son's voice shouting "Ammi". She will wish for her death in order to re-unite with her lost son.
But the father's eyes won't cry because his bleeding heart will cry for his son's bleeding body. It will be like the dooms day for both of them, since their son was the world to them.
Rest In Peace to the innocent children. "The smallest coffins are the heaviest."
Kenneth © 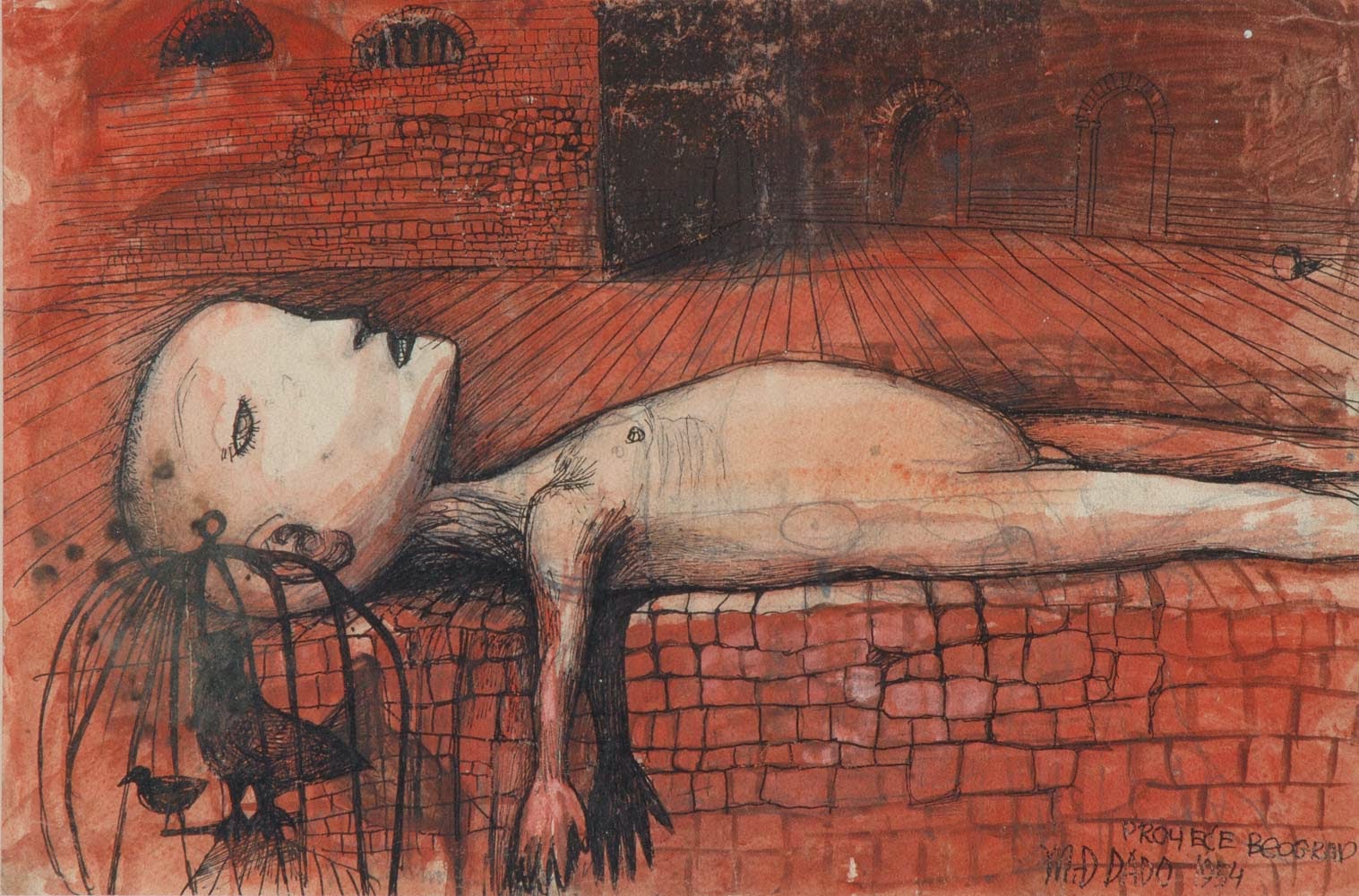 Her mind was a dew on a dusky soul. She was an eloquent girl with a diary tucked between her folded hands and a blue ink pen slipped between the spirals of her diary. Daily she would travel to the highest mountain from her small house which was situated on a sloppy land. Her lips curved with a peaceful smile and eyes shining bright in the dim light of the evening sun that was about to set.

She looked like a loner but the question was, is she really a one?
She daily climbed up the pinnacle in order to pen down something. That something was known only to her. She would then sit on a green bench under a tree which was dry-rotted, where Romello climbed up and sat beside her. Romello would lick her arm whenever she came and then sighed for a small gesture of hers. She forcefully pampered Romello by moving her palm with constraint over Romello's head. The dog always calmed himself after her response towards him. The girl then started penning down something that was known only to her. While she wrote, the dog laid beside her. And as she stood up, he would jump off the bench and run behind her. It seemed as if he didn't want her to go or maybe, he wanted her.
But that day was a different day.
After the girl stood, Romello jumped off the bench and sat, watching her go. After a moment he ran behind her, clutching her thing leg with his claws. It looked as if this time he was pleading her not to go. The girl, irritated with Romello kicked her and started walking. He ran behind her again, but not much. Romello tilted his head on the right side and frowned as if something wrong would happen.
She went a little forward and there she saw her lover. She grasped his hand and they started walking. Down the lane, a mile ahead, the guy shook his hand in anger and the girl's hand dropped while her innocent face was bottled up with questions. There was an argument that took place. Argument that was known only to them. They shouted and distanced themselves from each other. It looked as if this is the end of their relation. The girl started crying and went walking with a fast pace as if she was trying to escape everything that existed around her. The guy stood there watching her go, exactly like Romello, who was watching them fight.
The next day the girl didn't turn up.
The second day was again the same. The dog was restless. He wanted her, the girl, the "forced gesture" from her.
On the third day when he saw the girl coming, he ran to her, hopping and barking. He ran ahead of her and stopped. He turned around and wagged his tail. When the girl came near him, he again repeated the former steps of running ahead...
The girl that day cried, her lips were dry and had lost there smile and her eyes had lost there shine which were now surrounded by the dark circles, even the evening sun was unable to add shine to her dusky soul. She sat on the bench and Romello hopped in merry on the same bench and sat beside her facing towards the left profile of the girl.
The girl this time gestured Romello which was not a forced one. She turned and looked into his eyes while his eyes appeared to be watery. Romello laid beside her indicating her that she can write now. She smiled and that day she wrote about something which was known to everything present there; her pen, her diary and Romello. She wrote about Romello that day instead of writing about that murky relationship. She realized something and the REALization was REAL. A dog waited for her. After bearing all her rudeness, he waited for her gesture. Her lover went, who stayed with her for something days or years that only she knew. That day tear fell from Romello's eye and he slept.
Kenneth © 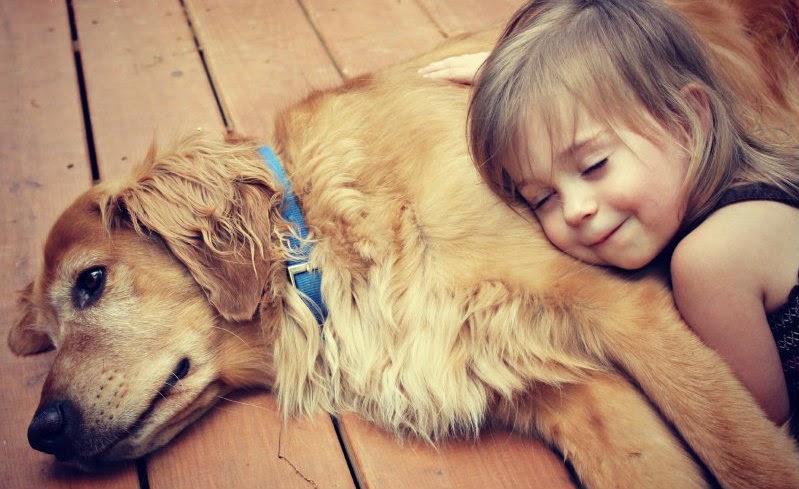