I Killed My Cupid (Poem)

They flew among the clouds, Foamy and soft, Naked as they were, Hurrying and lost. With a bow and arrow in their hands, They hunted souls around, But I am a sinner, I hunted my Cupid down, "No love was lost And no love found". I spanked their little buttocks, Pulled their cheeks, Brought them to tears, Transparent and clean. Took away their bow And their arrow, Watched them cry harder, Shaved their head bald, Cut their wings, And left them there, bearing my sin. Love is not happening. Love is nothing, I yelled at them. It is a slapstick fallacy, It is a space inside the space, Unfound and buried. I yelled. It disintegrates the heart, It kills the soul, Live with nothing that does not let you grow. I KILLED MY CUPID And buried the love he was shooting. Since love is an illusion, Useless and stupid.
Posted by Unknown at 06:04 2 comments:

All Is Never Lost

"Don't think too much." He whispered.
"Don't refrain yourself." He repeated.

Months passed and the memories came hurrying towards her, ready to haunt her.

"Memories don't haunt. And you won't regret this one memory." He uttered.
She knew it won't haunt, that she won't regret it, but she indeed was a skeptical; struggling all the doubts in her mind.

Months had passed and his silhouette with a bag on his shoulder and a tired smile on his lips, came running towards her. That black shirt, that brown trousers and that silhouette, reflecting the textures of his clothes.
She missed him. She started missing him like the winter sky missing the warmth of the sun.
But all was lost.
Him and those racing heartbeats, that intense passion, that 'immortal' connection.
BUT ALL GOT LOST.
Those fragile emotions, unbreakable feelings and instilled passion. 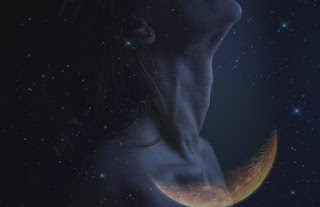 How could she not think? She was bound to do that. Forcing the memories into her occluded brain. How well she remembered each touch, each move and that undesired resistance.
BUT ALL WAS LOST.
The capacity to feel it all again. It was lost. She felt like a loser, surrendering herself to her blunt passions, trying to sharpen them up.
All that differed was that the memory was not as fixed as the previous one. Not as clear as before. It could never be.
Hours passed and partial amnesia surfaced her. All she could remember was the dull room, orange light, a white cupboard and the whispers.

But something was left. Something only she knew. Something she won't show.
All is never lost.
Posted by Unknown at 06:49 No comments: