She was a story who wished to write a story, searching for a beat which would excite her tender words. She appeared to be an extrovert because of her outgoing personality who would start talking with anyone randomly. But inside she was just a closed new book, waiting for someone to open it.
On one cold winter evening, while sitting alone in a café near her college, she gazed deep into her hot coffee mug. She was lost in the reflection of her own blur face. Unknown to what was happening around her, she departed mentally from the world.
A guy in a hurry entered the café as if he had missed something there during his last visit. He went to her table and sat in the chair facing towards the left side of the girl, while her head was bent. The girl remained unnoticed while he fiddled with her diary, pen, plate and handkerchief lying on the table. Shocked, the girl looked towards him as if someone had woken her up from a sound sleep. She kept on looking at him while he juggled with her things lying on the table, flipping the pages of her diary. In a bombshell, she just stared at him while he soothed himself down and started reading the last page where she had stopped writing. She snatched the diary from him, spilling the coffee on the handkerchief and plate.
She shouted "What are you trying to do?"
He repelled "What is making you write my story in your diary? You don't know me!!"
"Oh hello. Mr. Your story? What are you talking about?" She answered back with the same force as his'.
"Chuck. Where is the paper which I Ieft here? It had a paragraph written on it. I am sure you would have taken it. You write, and you definitely won't mind stealing somebody's work." He yelled.
She replied in sudden disappointment because she was accused "Neither I know you nor I took any paper of your's that you would have left here. By the way! Do you also write?" She questionned meekly.
He still searching for the paper he forgot on the table. "Got it. Yeah! I do" he replied from under the table.
"Good. And thanks for accusing me." She smiled leaving him there with his newly found old paper.
He ran behind her to apologize and shouted "sorry! But my story in your diary made me wonder about your existence!".
She turned back and laughed "My existence? Can it be only your story?"
"Lets talk while walking if you don't mind." He smiled.
They walked till the end but the walk won't end. Two people with the same story.
She was in search of a beat and she got that. Now it will be easier for her to complete "The Story". 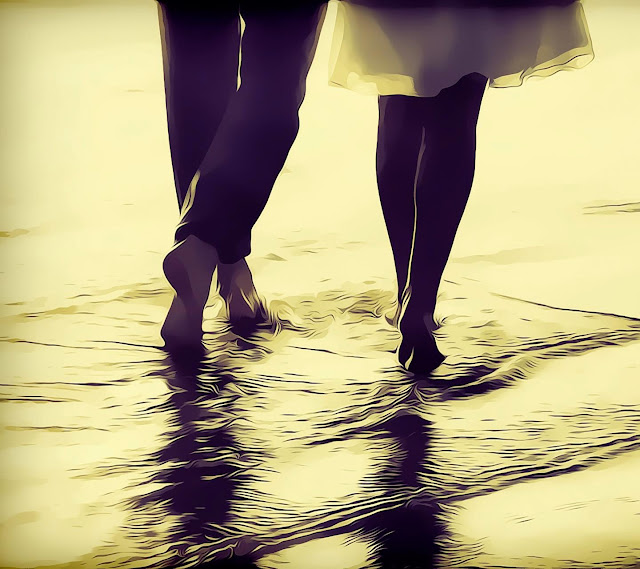 10 days of a horror movie: EXAMS

I daily elevate my brain and boast myself saying "Koi ni! College life hai. We will study. Kal se pakka." I open the syllabus, I learn the syllabus and close the register as if it will be the syllabus (not from the syllabus) that the examiner will ask. And when my friend asks "yr! Exam mai kya aa raha hai." I proudly blabber out the whole syllabus.
Exams always look like a horror movie to me. I shift in my bed, reminding myself of how the "register of the page looked". OOOPPPSSSss!! I mean page of the register. I think of it as a love letter, trying to read it with glittering eyes, but always end up reading it as a suicide note with tears in my eyes.
I enter into an imaginary world where there are all fairy tales and all I want is to live like "Gulliver", travelling the "Passage to India" and learning the "Way of the World" and realizing how true "Life and Opinions of Tristram Shandy" are. But I feel like "The Rover" living in "The House of the Seven gables". I want a "Duchess of Malfi" with whom I can have few words of love, but "The Purloined Letter" (with its unknown content) stole my "Beloved" from me. It was then I realised how my "Locks" are "Raped" and the "Paradise" is "Lost". I "Crack- Up" and stare at the gables, wanting them to fall over my head. And now all I wait is for a "Dry September" where, again I will bunk my classes and wish to travel like "The Gulliver".
I won't shout in this horror movie, but I will surely want it to end AS SOON AS POSSIBLE.
AMEN!!
Kenneth ©

Tomorrow will be a cold day marking the coming of winters. Shivering in cold, I still won't stop wearing half-sleeves clothes. Everything will fade away with the foggy nights. Things will become unclear like the mist on the rear glass of a car. I will blink my eyes for a better view, but all I will see is the smoke like haze. The trees will look tedious and they will miss the sunlight. Flowers will fall and they will miss the branches. Moon too will hide himself behind the clouds, covering him from the frosty sky. The sun too will shiver with his bright rays getting low. There will be a craving for everything.
But all I wish, is to have a lucid view because then only I will be able to reject the wrong things and appreciate the just one.
Kenneth ©